Use your arrow keys (also W, A, S, and D keys alternatively) or swipe with your fingers to move the tiles. For example, if you joined 2 tiles with the number 2, they will become 4, 2 tiles with 4 will become 8, and so on. The point of the game is to get the 2048 tile! 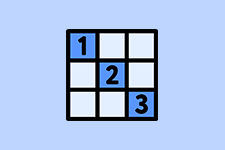 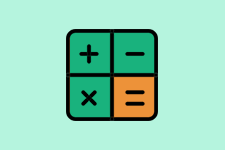 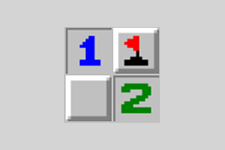 Minesweeper
Find all the mines
Play 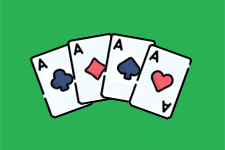 The game was created in 2014 by an Italian developer - Gabriele Cirulli. It was originally intended as an exercise in programming, but the success was so overwhelming that even the author himself did not expect this. According to him, he was inspired by the game "Threes", simply simplified the gameplay and replaced the animation.
Rules of the 2048 game
The playing field is a 4x4 square, on which two tiles appear at the beginning of the game. The move is counted after the location of the tiles or their face value changes. The goal of the game is to get a tile with the 2048 number. A defeat in the game is the inability to make the next move in the round.